The reference collection on the main floor of Gustavus Library is a great first stop on your journey towards learning about any topic in European history. Reference works such as encyclopedias, dictionaries, and bibliographies can offer a brief overview of a wide variety of topics you may be interested in researching, quickly bringing you up-to-speed on the history of research (or historiography) of your chosen topic, pointing the way to other important primary and secondary sources, and allowing you engage in the broader conversation about that topic among historians.

New Books in the General Collection 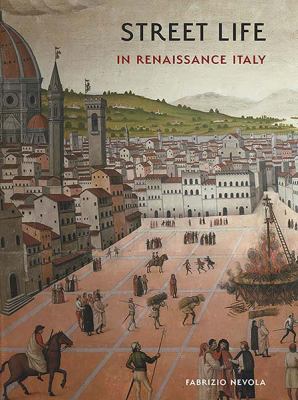 Street Life in Renaissance Italy by Fabrizio Nevola
Call Number: New Title Shelf HT145.I8 N48 2020
ISBN: 9780300175431
"The cities of Renaissance Italy comprised a network of forces shaping both the urban landscape and those who inhabited it. In this illuminating study, those complex relations are laid bare and explored through the lens of contemporary urban theory, providing new insights into the various urban centers of Italy's transition toward modernity. The book underscores how the design and structure of public space during this transformative period were intended to exercise a certain measure of authority over its citizens, citing the impact of architecture and street layout on everyday social practices. The ensuing chapters demonstrate how the character of public space became increasingly determined by the habits of its residents, for whom the streets served as the backdrop of their daily activities. Highlighting major hubs such as Rome, Florence, and Bologna, as well as other lesser-known settings, 'Street Life in Renaissance Italy' offers a new look at this remarkable era." - Publisher description