ABSTRACT:
The Winthrop District collection contains minutes from district meetings and the district secretary’s records.  The Winthrop District of the Lutheran Minnesota Conference of the Augustana Synod was located in Southwestern Minnesota and Northeastern South Dakota.  The District included parts of Brown, Lac Qui Parle, Lincoln, Lyon, McLeod, Nicollet, Redwood, Renville, Sibley, and Yellow Medicine counties in Minnesota and Codington, Deuel, and Grant counties in South Dakota.  The Winthrop District was formed in 1925 from area previously part of the St. Peter District.  In 1940, the district was dissolved and the eastern section returned to the St. Peter District, while the western section formed the new Montevideo District.  Much of this collection is in Swedish. 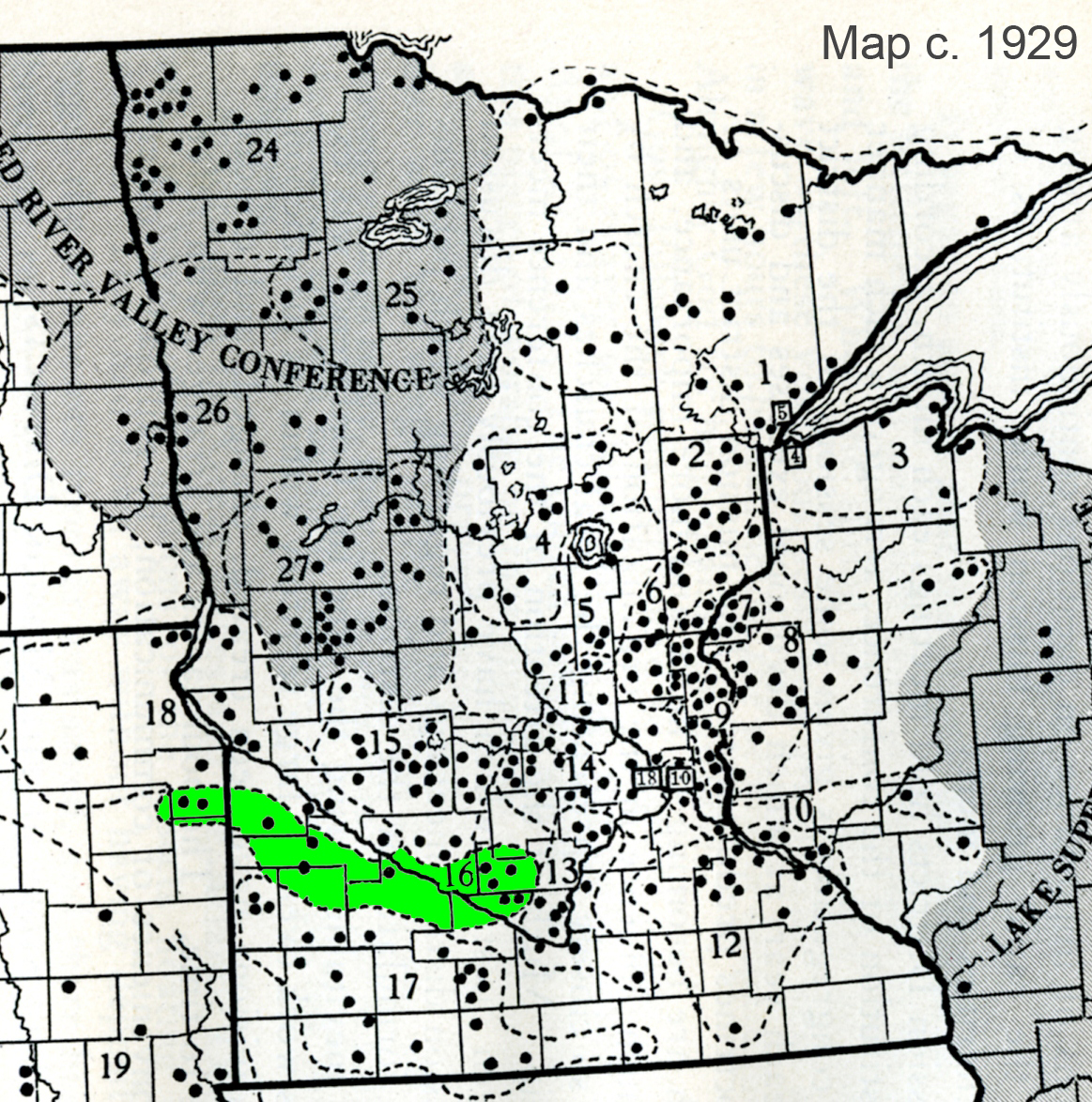