ABSTRACT:
The Chisago District collection contains minutes from district meetings, financial information, and programs.  The Chisago District of the Lutheran Minnesota Conference of the Augustana Synod was located in Eastern Minnesota and Western Wisconsin.  The District included parts of Anoka, Chisago, and Washington counties in Minnesota, and Polk and St. Croix counties in Wisconsin.  Chisago District formed during 1887 from areas that were formerly part of the St. Paul District.  Many Wisconsin congregations broke away and formed the Apple River District in 1909.  Some of this collection is in Swedish. 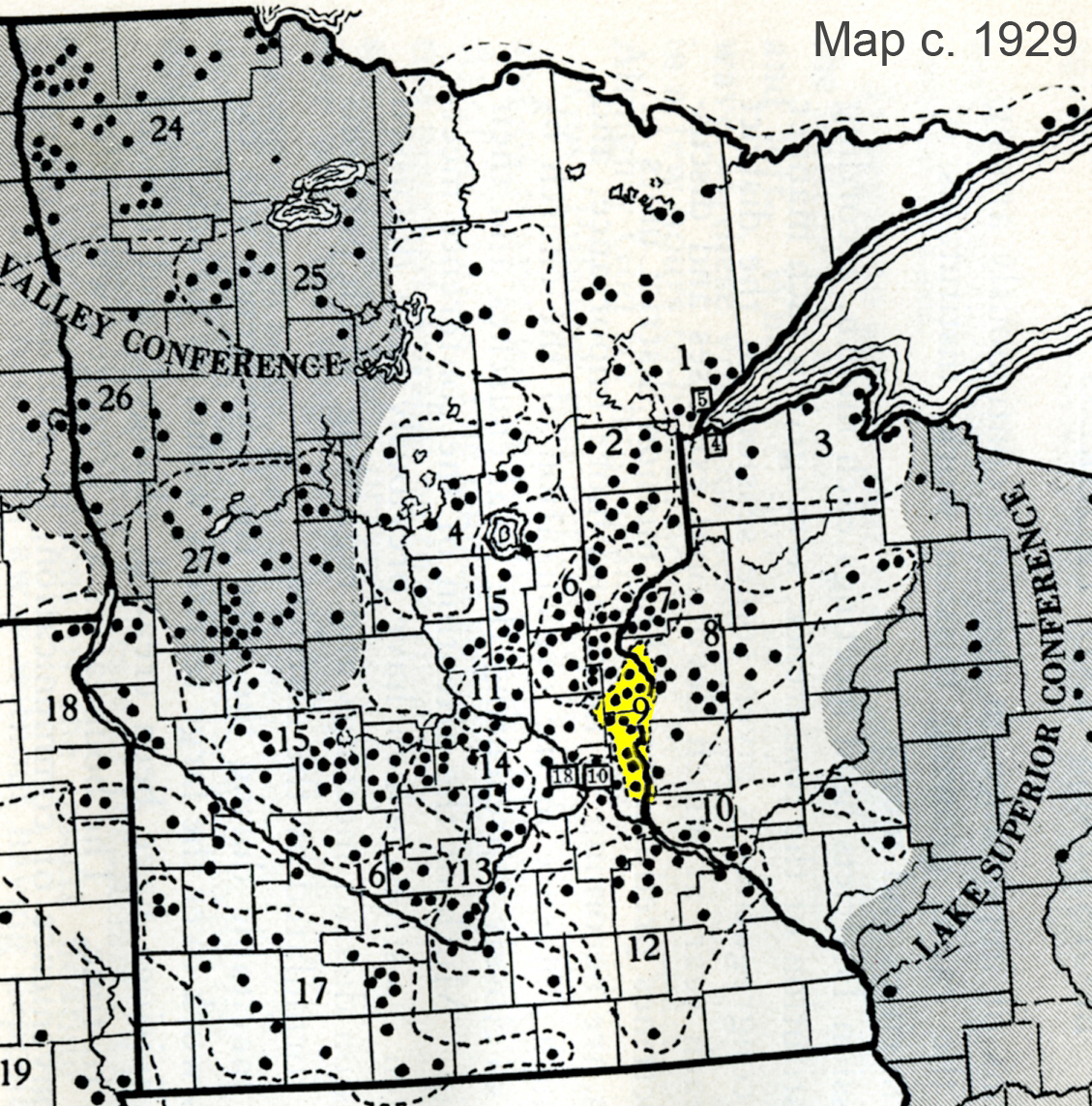