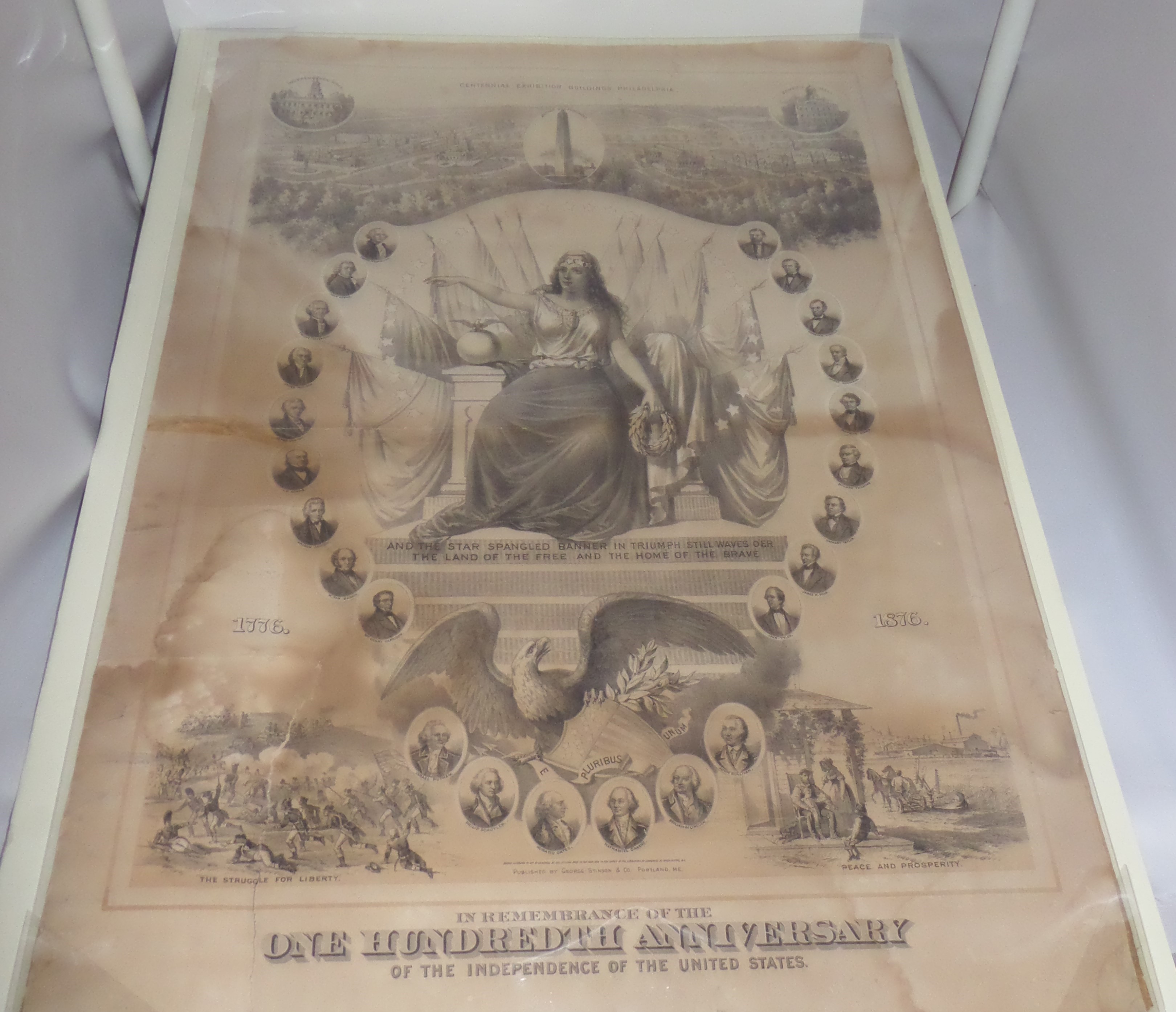 ABSTRACT:
The One Hundredth Anniversary of U.S. Independence Poster was published by George Stinson & Co. of Portland, Maine.  The poster shows a central image of goddess Columbia seated, holding a laurel wreath, and surrounded by American flags with an American eagle in the Union shield near her feet with the caption “And the star spangles banner in triumph still waves o’er the land of the free and the home of the brave.”  Flanking the central image are portraits of all U.S. presidents from 1776-1876 and below the image are portraits of Revolutionary War generals.  An aerial view of the buildings at the United States Centennial Exhibition held in Philadelphia in 1876 along with insets of Independence Hall in Philadelphia, and the Bunker Hill Monument and Faneuil Hall in Boston, run across the top of the poster.  The bottom corners show vignettes of a Revolutionary War battlefield captioned “The Struggle for Liberty” and a prosperous agrarian/industrial scene captioned “Peace and Prosperity.”