Who Are the Sami? 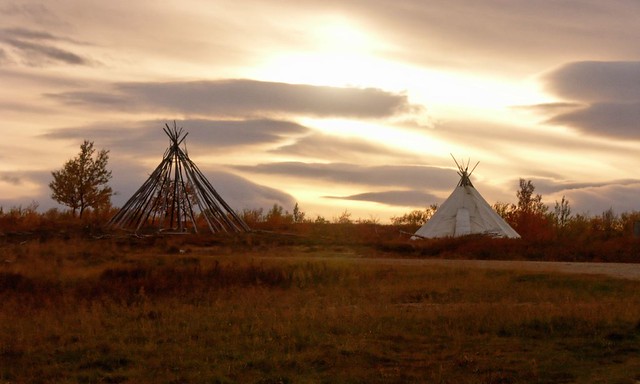 The Sami (sometimes spelled Saami; also called Sámit and Sápmelaš; in the past called Lapps or Lapplanders) are a people who live in Sápmi, the northern reaches of Europe, including the Scandinavian nations and the Kola peninsula of Russia. Traditionally they relied on fishing and herding (particularly of reindeer) for their livelihood, adapting to the arctic landscape. Today they face the same issues as many indigenous people - discrimination, destructive cultural assimilation programs, issues over land rights, and retaining their cultural identity as their land is divided by the borders of countries with different laws and cultures.

In the Reference Collection

Search for recordings by title in the library catalog:

Orda This is my land

Kautokeino opprøret
Audio Visual PN 1995.9 F4 K39 2008
"Religious and cultural reawakening inspires rebellion in a 19th century Norwegian village. Based on the true story of the Kautokeino riots in Kautokeino, Norway in 1852 in response to the Norwegian exploitation of the Sami community."

Hjordeliv Herdswoman
Audio Visual DL971.L2 H56 2008
"This colorful film portrays three Sami women of different generations as they follow the reindeer herds of Lapland. Their stories reflect the transition from a nomadic existence to modern life. When a court case questions their ancient rights to the reindeers' pasture, their life as reindeer keepers is at risk. The film captures the vulnerability of indigenous peoples in the modern world and the colonization process which has led to the present conflict over the right to land and water."